Troubadour Interactive is the developer and publisher of Age of Revolution. To join in our efforts to develop resources for the education and general interest markets, please visit our Patreon page. 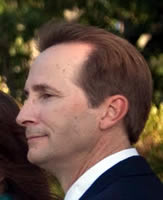 A native of northern New York, David Inglehart received a BA from Colby College and an MA from Middlebury, both in English. He has been a teacher and journalist as well as a developer and publisher of multimedia programming. In 1992, enlisting the aid of two teaching colleagues, he began work on what was initially intended as a battle study of limited scope. The combined enthusiasm of the team led to something larger, however, and three years later he founded Troubadour Interactive and released Fateful Lightning: The American Civil War on CD-ROM. Completing a second title on his own, he released Quest for Empire: The Napoleonic Wars in 1998 and, reassembling the Fateful Lightning team, went on to produce Born in Battle: The American Revolution in 2001. He lives in mid-coast Maine coast with his wife, novelist Donna Walsh Inglehart. 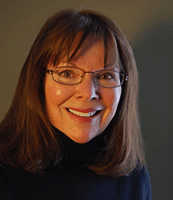 Donna Walsh Inglehart received a BA from the University of Massachusetts, an MA from Middlebury College, and has taught writing for many years. A native of New England, she spent several summers in the Thousand Islands region of upstate New York, which provides the setting for her first novel, Breaking the Ring (Little, Brown, and Company), as well as her second, Grindstone (Troubadour Interactive). She is also the co-author of One in a Thousand (www.oneinathousand.ca), an iPad app on the life and work of Ian Coristine, publisher and photographer of the islands. Returning to her metier, historical fiction, she is currently working on both a prequel and sequel to Grindstone, which together will span the history of the Thousand Islands from the War of 1812 to the Gilded Age. 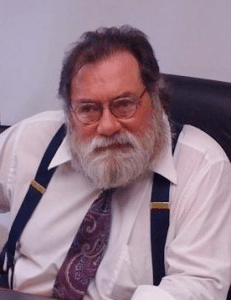 William Hillenbrand received a BA from the State University of New York at Cortland, an MA (in English) from the Pennsylvania State University and an MA in History from the University of Virginia. He began his teaching career at the Northfield Mount Hermon School, where he taught English and History and coached football and baseball for many years. In 1992 he began work on Fateful Lightning, completing the project over the course of three summers–a testament, if any were needed, to the benefits of the academic calendar as well as his prolific talents as a writer and historian. In 1995 he moved to Jacksonville, Florida, where he taught English at the Bolles School and produced another fully-realized text on the American Revolution. Released on CD-ROM in 2001, Born in Battle received Library Journal‘s Best Reference citation for that year.

Scholar, writer, teacher, coach and father of three, Bill was an avid outdoorsman and an inspiration to many, in and outside of the classroom. He died in Macclenny, Florida, May 5, 2011, at age 61. 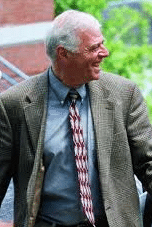 Dennis Kennedy earned a BA from Stonehill College and an MA and PhD (in English) from the University of Massachusetts. He wrote his dissertation on Mark Twain and also specialized in Irish Studies. In arranging and performing the music for Fateful Lightning, Dennis brought a rare combination of scholarship and musicianship to the work, researching and writing an extensive songbook on the composing and publishing circumstances of each of twelve selections, and providing lead vocals as well as instrumental accompaniment on some half-dozen instruments in their performance. Three years later he applied the same musical virtuosity to the songs of the American Revolution for Born in Battle. Dr. Kennedy makes his home in western Massachusetts, where he teaches English at the Northfield Mount Hermon School.

Help support Age of Revolution content by becoming a patron.
Become a Patron!