I. A FIREBELL IN THE NIGHT 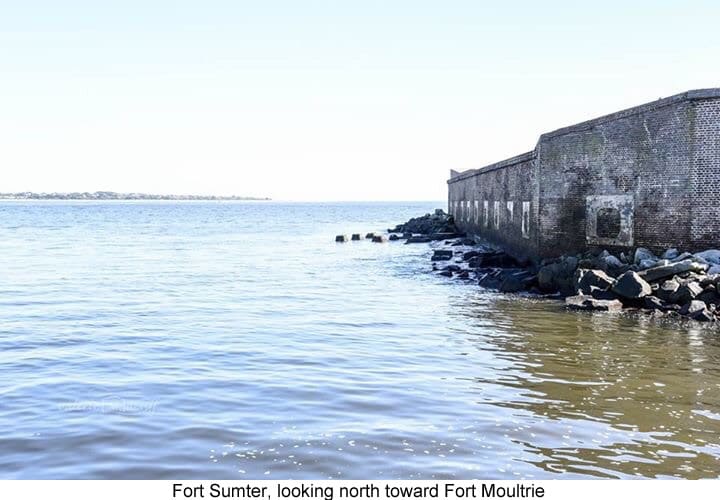 This momentous question [of slavery], like a firebell in the night, awakened and filled me with terror. I considered it at once the knell of the union.
–Thomas Jefferson 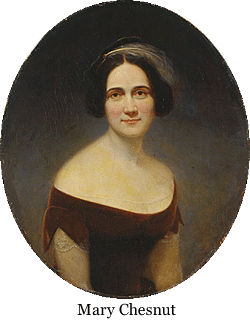 In the early hours of the twelfth of April, 1861, Mary Chesnut lay in the bedroom of her Charleston, South Carolina, home, sleeplessly waiting and wondering. Until very recently her husband, James Chesnut, Jr., had been a United States Senator. Now he was a member of the Provisional Congress of the new Confederacy. With Mrs. Chesnut this April morning the nation, north and south, waited and wondered. Thunderheads of war were roiling over Fort Sumter out in the harbor. At 4:30 a.m. Mrs. Chesnut heard the “heavy booming” of a signal gun. “I sprang out of bed,” she remembered, “and on my knees, prostrate, I prayed as I had never prayed before.” The American Civil War had begun. “Woe to those who began this war,” she warned, “if they were not in bitter earnest.”

But the men who struck the first blow of the conflict were nothing if not in bitter earnest as they fired the first of more than 3,000 shells at Sumter. The object of all this violence, a lightly-armed pile of masonry off in the darkness of Charleston Harbor, was of no particular military value either to the United States or the newly-proclaimed Confederate States of America. But it had suddenly become the focus and the symbol of the political and social antagonisms that had divided North and South for the previous half-century. The long, complex, acrimonious national debate about free labor and slavery, about the primacy of the Union and the sovereignty of the states, about the meaning of liberty itself, had at last found decisively violent expression in this time and place. A Southerner at the scene thought that “All the pent-up hatred of the past months and years is voiced in the thunder of these cannon.”

Some of the dramatis personae on the South Carolina shore suggested the long foreground of the conflict. When General Pierre G. T. Beauregard gave the order to fire on Sumter, his batteries were commanded by a general with the evocative name of States Rights Gist. Gist offered the honor of firing the first shot to Roger Pryor, a Virginia Congressman and long-time advocate of secession. A few days earlier Pryor had urged a Charleston crowd to “Strike a blow!” Still, when the moment came, the thought of the awful consequences of that blow weighed too heavily on Pryor. Who actually fired the first shot on that dark April morning is not clear from this distance, but a fire-eating secessionist named Edmund Ruffin could justly claim to have fired one of the first in that thunderous opening volley. And there is a certain poetic justice to his claim, for Ruffin’s development of new fertilizers and innovations in land-use patterns a quarter of a century earlier had revitalized Southern soil nearly exhausted by the cultivation of cotton. As a volunteer with the Palmetto Guards on Morris Island, Ruffin was offered the honor of striking the first blow and embraced no reservations when it came to shooting at the “vile Yankee race.” Ruffin was, as he said, “highly gratified by the compliment and delighted to perform the service.”

For the next 36 hours Confederate batteries hammered away at the helpless fort. A little after noon on the 14th of April the Union commander, Major Robert Anderson hauled down his flag and surrendered his fort to General Beauregard, his former student of artillery at West Point. Incredibly, despite the thousands of shells fired by both sides, hostile fire killed no one. America’s deadliest war had commenced without a combat death. A good deal of popular talk held that Southern independence was all but accomplished. A lady’s thimble, it was said, would hold all the blood necessary to achieve it. Perhaps the American people had been better served if more of them had thought long and hard about the implications of civil war, thoughts that occurred to Congressman Pryor apparently only in the last moments of peace. Sam Houston of Texas warned the South that independence was no more than “a bare possibility.” Achieving it–if it could be achieved at all–would mean the “sacrifice of countless millions of treasure and hundreds of thousands of lives.” But in the heady enthusiasm evoked by the easy conquest of Sumter few heeded that prophetic voice. Fewer still seemed to recognize that despite increasingly angry rhetoric from both sides about an “irrepressible conflict,” there was nothing inevitable about the coming of this storm.

America in the middle of the 19th century was a vigorous and successful popular democracy enjoying peace and prosperity unparalleled. A long lifetime before, on the eve of the American Revolution, St. Jean de Crevecoeur, a French aristocrat, had marveled at the achievement of colonial America. He celebrated its “fair cities, substantial villages, extensive fields… decent houses, orchards, meadows, bridges… Here are no aristocratical families, no courts, no kings, no bishops, no ecclesiastical dominion.” Economic opportunity and “the silken bands of mild government” combined with the people’s native industry and ingenuity had created “a great Alma Mater” and a sanctuary for liberty. The 80-odd years of dynamic growth since the Revolution had intensified the luster of even Crevecoeur’s glowing vision. From thirteen states between the Atlantic shore and the crest of the Appalachians, the new republic now reached across the vast interior of the continent to the Pacific Ocean. It had grown four-fold, quadrupling its territory while simultaneously quadrupling its population. In the same period, a revolution in transportation inspired a dramatic increase in both agricultural and industrial production. Between 1800 and 1850 the gross national product increased sevenfold–to nearly four billion dollars in 1860. As historian James McPherson writes, the United States was “the Wunderkind nation of the nineteenth century.”

The success of the United States, however, had significance in a much larger context. For the nation was more than a powerful economic engine; it was in its very conception a daring social and political experiment. The American body politic rested on two core convictions: civil liberty and human equality. Beyond America’s shores, these articles of political faith were by no means universally shared. Alexis de Tocqueville, the 19th-century French historian, thought that “two streams flowed forth” from the French Revolution, “the first led mankind toward free institutions, the other led mankind toward absolute power.” When Americans looked eastward toward Europe at mid-century, they saw absolutism ascendant nearly everywhere. France was virtually a political community of one–Emperor Louis Napoleon. King Frederick and the Junkers exercised ruthless power to preserve a feudal order in Prussia. Terror and tyranny reigned in the vast Russian empire. A divine-right monarch sat on the throne of Spain. Even Great Britain with its long tradition of political and social reform made progress only slowly. As historian Allan Nevins points out, in England at mid-century the “cardinal points of the People’s Charter, universal male suffrage, the secret ballot, abolition of property qualifications for the House, and salaries for members, were still to be gained.” In the United States, however, these articles were civil rights Americans had exercised for more than three generations. The American example was a city upon a hill, and in principle and practice it said to the world that “suffrage should be the right of every adult male, that the highest authority should repeatedly be given to men of the poorest origins, that public moneys should be spent on schools and not armies, [and] that social equality be enforced by opinion as vigorously as it was protected by law.” Thomas Jefferson in his First Inaugural voiced a conviction shared by thoughtful men and women everywhere: America was “the world’s best hope” that civil liberty and free institutions would endure and prevail in a despotic world.

But the threat to free institutions did not come from despotism abroad. The threat came from American slavery on American soil. Perhaps the figure of Jefferson himself most vividly illustrates this terrible paradox at the heart of American society. A disciple of the European Enlightenment, the Virginian was both a rational and visionary thinker. He had “sworn upon the altar of God eternal hostility against every form of tyranny over the mind of man.” He had articulated for Americans their first and best principles, “that all men are created equal, that they are endowed by their Creator with certain unalienable Rights, that among these are Life, Liberty, and the pursuit of Happiness. –That to secure these rights, Governments are instituted among Men, deriving their just powers from the consent of the governed.” But on the serenely beautiful grounds of Jefferson’s Monticello home black men and women labored in unrequited toil. They were owned by Thomas Jefferson, and over them he governed with virtually absolute power. Indeed, Jefferson’s problem was the nation’s.

FATEFUL LIGHTNING: The Civil War Text I. A FIREBELL IN THE NIGHT