From Fredericksburg to Vicksburg 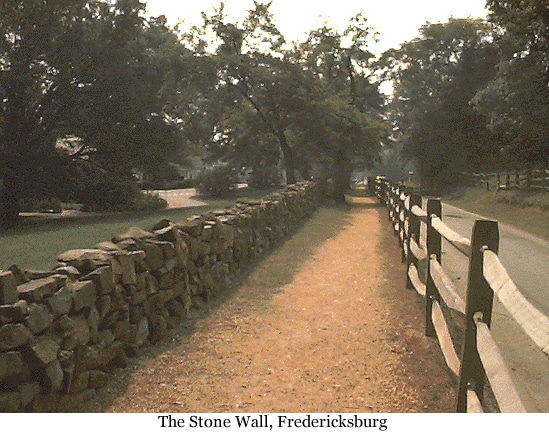 We are on the brink of destruction. It appears to me that the Almighty is against us.
–Abraham Lincoln

If Abraham Lincoln was relieved that the Confederate thrusts northward had been turned back at Antietam and Perryville, he can not have been much heartened at the overall situation as fall of 1862 drew on toward winter. As far as the Northern public could see, the Lincoln government was further than ever from putting down the rebellion, and it demonstrated its deep disaffection at the polls that fall. New York, Pennsylvania, Ohio, Indiana, even Lincoln’s own Illinois, all Republican states in 1860, now sent Democratic majorities to Congress. Populous and powerful New York State elected a Democratic governor. The Emancipation Proclamation, of which Lincoln was so proud, pleased neither the Democrats, for whom it went too far, nor the Radical wing of his party, for whom it didn’t go far enough. He had, in fact, something of an insurrection on his hands in his own party. Radicals in the Senate held Secretary of State William Seward responsible for both defeat in the field and defeat at the polls and demanded his resignation. In this effort, they were much abetted by able and ambitious Treasury Secretary Salmon P. Chase, who wanted to supplant Lincoln as the party’s candidate in 1864. In the end Lincoln maneuvered both men into offering their resignations; then refused them both, frustrating the Senate caucus and keeping two highly capable men in his cabinet. Still, Lincoln, ever acutely sensitive to the mood of the country, read well the war-weariness of the North which saw its blood and treasure spilled out in what looked to be a futile cause. “We are on the brink of destruction,” he said. “It appears to me that the Almighty is against us.”

The military situation was not a great deal better. The three main armies of the republic had fought to a stalemate and stalled: the Army of the Cumberland, now under William Rosecrans, was just south of Nashville; Grant’s Army of the Tennessee occupied west Tennessee; and, most frustrating to Lincoln, the Army of the Potomac was all but stationary in northern Virginia. After Lee’s repulse at Antietam, Lincoln wanted McClellan to pursue the wounded Rebel army and follow it to the death. He went himself to McClellan’s camp in early October to urge him to do so in person. As soon as he returned to Washington, he ordered him to do so: “Cross the Potomac and give battle… Your army must move now while the roads are good.” But neither urging nor orders, it seemed, could budge the Young Napoleon. In exasperation, Halleck swore that it would require “the lever of Archimedes to move this inert mass.” As Lincoln saw it, the great army of the republic had become “McClellan’s bodyguard.”

In mid-October Lincoln tried once more to budge the general. In a tactful, even solicitous letter he responded to McClellan’s complaints that he could not move without being reinforced, resupplied, and refitted. “You remember my speaking to you of what I called your over-cautiousness,” Lincoln wrote. “Are you not being over-cautious when you assume that you can not do what the enemy is constantly doing?” Lee’s lean troopers had after all marched into Maryland barefoot with little but green corn and apples in their haversacks. With Lee’s army even then licking its wounds in the Shenandoah Valley west of Harper’s Ferry, Lincoln argued, McClellan could drive across the Potomac for Richmond and compel Lee to come to grips for a decisive battle. McClellan’s response, two weeks later, was to explain that he could not advance with so many fatigued and sore-tongued horses. “Will you pardon me for asking,” Lincoln exploded, “what the horses of your army have done since the battle of Antietam that fatigues anything?” Still, McClellan, convinced that he was twice savior of his country, did not advance, but rather demanded the removal of Henry Halleck and Secretary of War Stanton. “The only safety for the country & for me,” he confided to his wife, “is to get rid of the lot of them.” In that lot he privately included his commander-in-chief, whom he referred to as the “Gorilla.” When at last, on October 26, six weeks after Antietam, he did cross the Potomac, the movement was glacial, and Lee had no trouble sending Longstreet’s corps to block the way to Richmond. Lincoln had had enough of trying to “bore with an augur too dull to take hold,” and on November 7 relieved him of command. “Alas, for my poor country!” McClellan mourned, and his men mourned with him. They were shocked, sorrowful, bitter, and their tears were as real as their affection was deep. They would never love another commander as they loved Little Mac. But this general was riding out of the war forever, and they would be marching back to it very soon. They would do a great deal of marching before Lincoln would find a general who could lead them to victories.

Perhaps most frustrating to Lincoln was the fact that he was quite clear in his own mind about the strategy that could put down the rebellion. It had been clear to him as early as the previous winter when he had ordered all the armies of the republic to advance on Washington’s birthday. The North was immensely stronger than the South, in agricultural production, industrial capacity, manpower. It was actually growing stronger as the conflict went on. The trick was still to exert that muscular strength everywhere and at once against the Confederate armies. What Lincoln wanted were three thrusts at the heart of the Confederacy. In the East, the Army of the Potomac would march to Fredericksburg, cross the Rappahannock, and drive once more for Richmond. In the West, the Army of the Cumberland would march south out of Nashville and strike another blow at Braxton Bragg’s army, now drawn up behind Stones River near Murfreesboro, Tennessee. The Army of the Tennessee would march south out of Memphis, follow the railroad down to Jackson, then turn west to seize Vicksburg and open the Mississippi. Success anywhere might show the Northern people that the government was making authentic progress; success everywhere might overwhelm the South.