III. THE CRUCIBLE OF COMMAND

From the Peninsula to Antietam 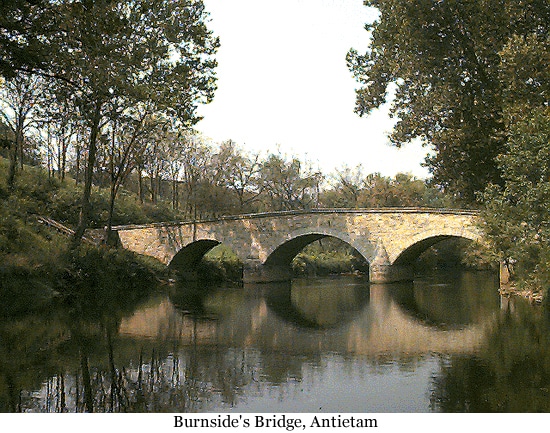 While out west Ulysses S. Grant was making up his mind that only the hammer blows of total war would defeat the Confederacy, east of the Appalachians one Union general remained confident that a single brilliant victory would seize Richmond and subdue the rebellion once and for all. He was George B. McClellan, now in command of the Army of the Potomac. The army was, on the face of it, an immensely potent weapon: 100,000 men organized into four corps, drilled and disciplined, superbly armed and equipped and supported by 300 field guns. All winter long President Lincoln had been more or less patiently urging McClellan to put it into action against the rebellion. Back in February Lincoln had gone so far as to write a general order for all the armies of the republic: on February 22, Washington’s birthday, a general offensive would begin in every theater of war. It was an ambitious plan, though nothing much came of it. It did, however, reveal Lincoln’s strategic thinking. The North clearly had a powerful superiority in numbers and industrial capacity; the way to conquer the South was to press its armies at every possible point simultaneously. But the two men who would later realize that plan, Grant and Sherman, were just then out west between the Cumberland and Tennessee Rivers.

In charge on the Potomac, McClellan was sure that Richmond was the strategic key. A West Pointer who had graduated at the top of his class, he was thought brilliant by many–himself among them. Still, he might have taken a page from the book of self-taught Bedford Forrest: “War means fighting, and fighting means killing.” The will to make that kind of aggressive war, however, was not in McClellan’s nature, and the plan of action he presented to Lincoln in March showed it. Instead of marching down to Manassas and bringing Joseph E. Johnston’s army to battle there (Lincoln’s idea), he wanted to transport his army down the Potomac and across Chesapeake Bay, landing at Urbanna at the mouth of the Rappahannock River. There, he reasoned, he would be closer to Richmond than Johnston. Johnston would have to come out of his trenches at Manassas and hike a long way cross-country to defend his capital. McClellan, if he hurried, might even get Richmond without a fight.

Lincoln, whose sum total of military experience was a brief stint as captain of militia back in the Black Hawk War, disliked the plan. First, it meant that, with McClellan at Urbanna, Johnston would be closer to Washington than McClellan was to Richmond; second, and perhaps more important, it meant that Little Mac was missing the point: to get at Joe Johnston and strike him a blow. In the end, the plan was made irrelevant by Johnston himself, who withdrew from Manassas and took up a new line south of the Rappahannock. (It was a withdrawal that exasperated Jefferson Davis, who was growing as impatient with his commander as Lincoln with his.) Despite Lincoln’s insistence that the surest way to Richmond was still an overland road, McClellan now argued for another crossing of the Chesapeake, this time landing at Fort Monroe at the tip of the peninsula formed by the York and the James Rivers. Once safely landed, he would march up the Peninsula and into Richmond seventy miles to the northwest. Perhaps concluding that any movement was better than none, Lincoln reluctantly agreed to the plan, insisting on one proviso: that enough manpower be held in and around Washington to prevent a Confederate thrust against it.