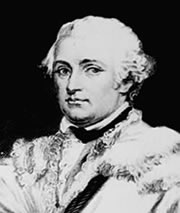 A self-made man with an instinct for battlefield tactics, Daniel Morgan was born in New Jersey and ran away from home at the age of 16, eventually settling in Virginia. In 1754 he worked as a civilian contractor on the march to Fort Duquesne, but an altercation with an officer left Morgan with an abiding hatred of the British Army. In 1775 he was among the first Virginia forces to join the Siege of Boston, and later joined Benedict Arnold’s Canadian campaign, assuming command of the attack on Quebec upon Arnold’s wounding. Taken captive in the city, he was exchanged in 1777 and played a key role in the Battle of Saratoga. Later, following a brief retirement, he returned as a brigadier in the Southern Department and scored a brilliant victory at Cowpens, routing the notorious Banastre Tarleton.