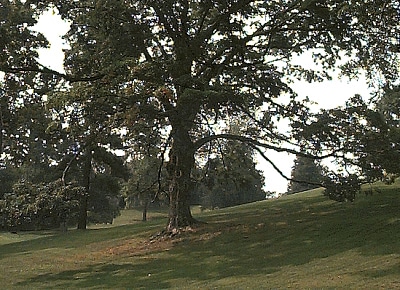 Marye’s Heights, Fredericksburg Battlefield: Confederate guns on this hillside (viewed from the sunken road) swept the fields in front of the town, decimating the advancing Federals. The heights would be the scene of heavy fighting again during the battle of Chancellorsville, when they were held (temporarily) by Union troops under General Sedgwick.