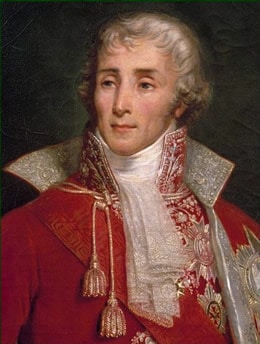 Joseph Fouché gained early notoriety as a member of the Jacobin Club in Nantes. In 1792 he was elected to the National Convention and voted in favor of the execution of Louis XVI. Under pressure to prove his loyalty to the Paris regime, Fouché was involved in some of the worst atrocities of the Terror, and when even this failed to clear him of suspicion, he orchestrated the revolt of 9 Thermidor that sent Robespierre to the guillotine. In 1799, Fouché supported the coup d’etat of 19 Brumaire and would become a key player in the politics of the Empire. Above all, he was a cunning survivor who managed to steer a safe course through the perils of Revolution and Republicanism as well as Napoleon’s reign, exile, return, and final abdication. He reportedly died peacefully in his sleep.